If you are looking for funds to help you with a commercial property development, at BizLoansFast, we have some great options.

All our loans are what’s known as secured loans, in that we use real estate that you already own to secure the loan against. So you can use your residential property if you like.

If you’ve got a property development underway and have a funding gap you need filled, we can help fund that gap. You might have bought the land, but need more funding to complete the build. In this instance you can actually use the value of the land you’ve purchased as the security for the loan. The only guidelines we have for a Commercial Property Development Loan is that is has to be done under an ABN or company structure.

One of the great things about the way we structure this type of loan is that once funding has been approved to you, the funding is effectively “on demand” and linked to your security. That is, at the completion of one development project you might extend the original loan term if you like, and roll over into a new loan, thus leveraging funds into your next development project. It also means you don’t have to keep making new loan applications every time you need funds, plus you don’t pay any interest when you don’t have an active loan. That’s the best of both worlds—pre-approved money when you need it, but you don’t pay interest just for the privilege of having cash on hand.  This scenario enables you as a property developer, to be nimble and take advantage of opportunities in the market at the drop of a hat.

Here’s a good example of how this sort of loan structure operates in the real world with a client that came to us a few years back. Alex had purchased a large block of land in an inner Melbourne suburb. It had an existing old house on it that he was going to bulldoze and build two townhouses on. Alex had budgeted enough funds for the land and the build.  When the old house was being demolished Alex noticed an elderly couple living on a similar sized block next door taking a keen interest. He got to chatting with them and they said they might also sell their property to a developer, as they were considering downsizing and moving to Tasmania.

A thought flashed across Alex’s mind? Getting planning permission for the development he was starting had been a breeze, and he knew if he had more funding, he could buy the elderly couples place and build two more identical units on it? No need for more design plans from an architect, he’d just replicate the same design he was using from the original development. He’d already contracted a real estate agency for the sale of the first two units and would be able to use the already planned advertising campaign. Plus Alex had done his research, he knew the housing market was booming, and he would easily be able to sell two more units.

Unfortunately, when he went to his bank he found out it would take weeks to approve and process a loan, meaning even that if he got it, he wouldn’t be able to use his existing builder to build all four units in one go at the same time, and his costs would inevitably be higher. That’s where we came in. We actually approved the funds he needed to buy the second property and pay for the build of the additional  two units, and secured them against the value of the first undeveloped block he’d already purchased. In 24 hours we’d approved and funded his loan, and a few days later he was able to make an offer on the property next door, which was accepted.

Three and a half months later Alex had built four units instead of his original planned two, had sold them all, made double his intended profit, and paid off his loan early to us!

With BizLoansFast all we need to get the ball rolling on a loan approval is:

BizLoansFast—helping entrepreneurial commercial property developers like Alex, and yourself, realise their business futures since 2004.

What do you need to consider when looking for a business loan?

The speed with which a loan will be approved, and funds deposited into your account. BizLoansFast can complete this process in 24 hours.

How much documentation will you have to provide and what will be the cost of sourcing it? Paying valuers to conduct costly valuations on your business and having your accountant generate and collate numerous financial statements, cash flow history reports, and asset and liability statements just to apply for a loan is costly and inefficient. All BizLoansFast needs is a rates notice, a recent mortgage statement, your ID, and our 60 second on-line application filled out and we get to work approving your loan.

With bank loans you can often be looking at lengthy approval and loan processing times. They make it clear from the outset you will be operating on their timeframes, not them reacting to your needs. They often request an onerous amount of documentation? They snail mail contracts back to you, taking 2-3 days? They send cheques or deposit funds via internet transfers that take time to clear? Banks were born centuries ago and some still operate like they’re still there!

With an online business loan from BizLoansFast approval letters on loans are issued in 2 hours via email! Once accepted we issue loan contracts in 4 hours! No property or business valuations, no tax returns, no financial records required from you. Once approved your funds are transferred to your account immediately! Our whole process takes 24 hours from start to finish, and our consultants keep you, informed at every moment of the process—we’re here for you—not the other way around!

At BizLoansFast we think we’ve made our loan application the simplest and easiest to complete in the industry. Because we only secure your business loan against real estate you already own and you don’t make any payments on the principal loan amount during the term of the loan, we don’t need multiple statements and records regarding your business. We understand that what you need to focus your time on is your business and not completing lengthy loan applications.

Literally all you need to get a BizLoansFast loan application underway is to either call us on 1300 852 150 or:

In business, speed and efficiency can be everything. Often business owners need to pivot, be nimble and act decisively. Sometimes this means having medium to large amounts of funding at your fingertips to take advantage of a commercial opportunity or avert a cash crisis.

Super-fast service understandably comes at a premium, and at BizLoansFast we recognize you are coming to us for a time effective solution, not just a rate.  We have a variety of loan structures to suit your needs. Whether it be a short term business loan, (also known as a caveat or bridging loan) or a fast second mortgage loan. Our team will react to your application and can pre-approve funding in 2 hours, we can email loan contracts in 4 hours, and have funds in your account RTGS payment instantly. We’ve built our reputation on efficiency and speed of service and will find you a solution to meet your timeframe.

Hide and seek with hidden fees

At BizLoansFast our upfront fees are low, and we are transparent in disclosing them. We are not here to waste your time promising you the world as some other lenders do, and then request high fees be transferred to their account before they fund your loan. You should be extremely wary of any lender requesting this, as the costs of processing a loan application just do not warrant it.

Any fees associated with your loan are clearly shown in simple language and you will know exactly what they will be.

BizLoansFast is a founding member of A.S.T.L.A the Australian Short Term Lenders Association and adhere strictly to fee disclosure charters we helped draw up. When borrowing money short term, we advise you only deal with an accredited member of A.S.T.L.A. 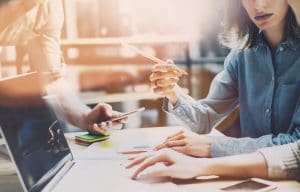 When you think about it small businesses are the back-bone of the Australian and New Zealand business landscape. As important as they are, unfortunately small